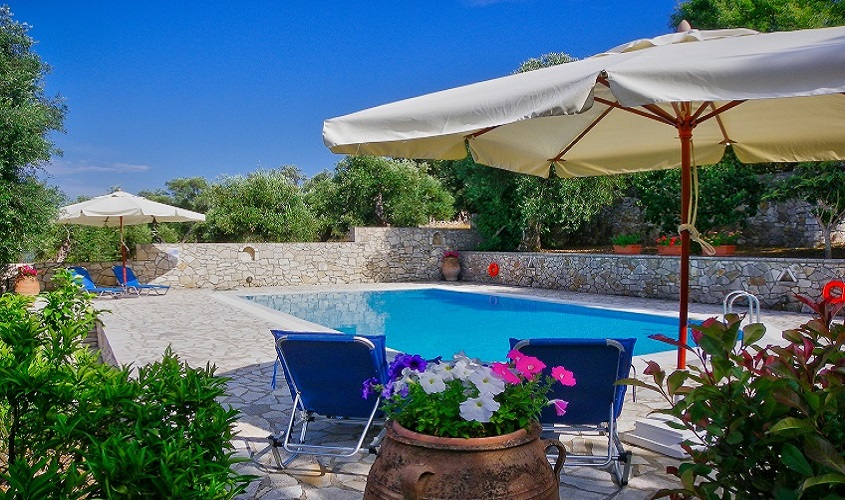 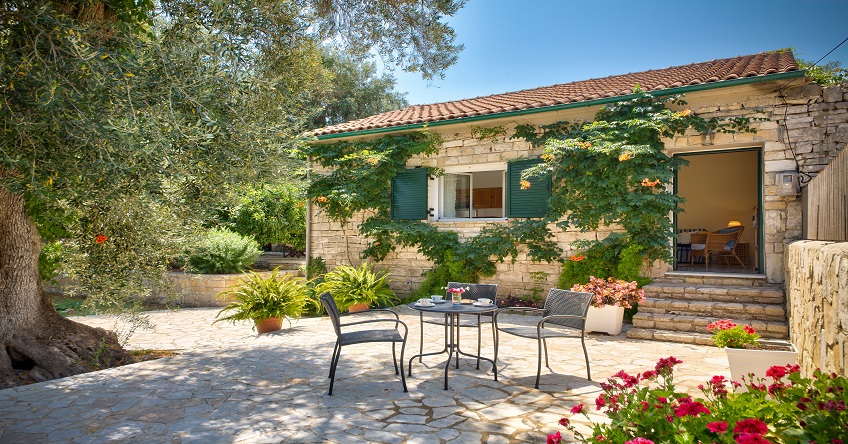 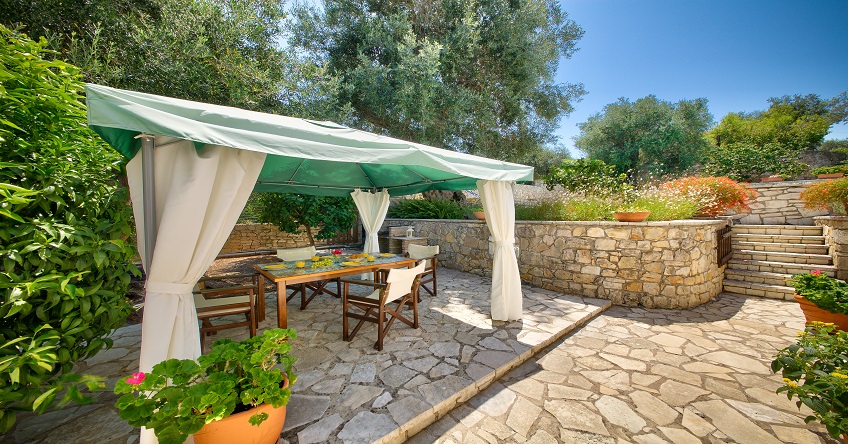 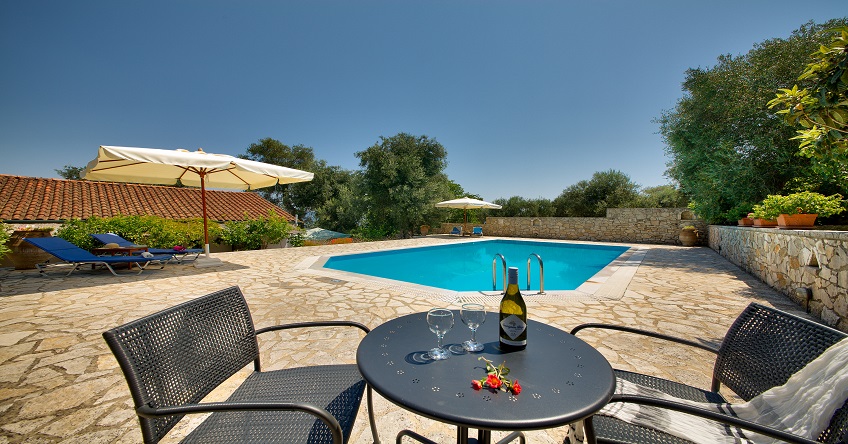 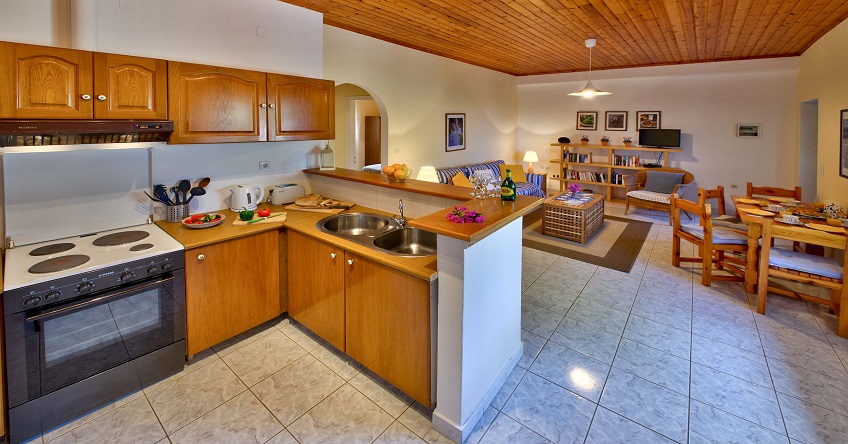 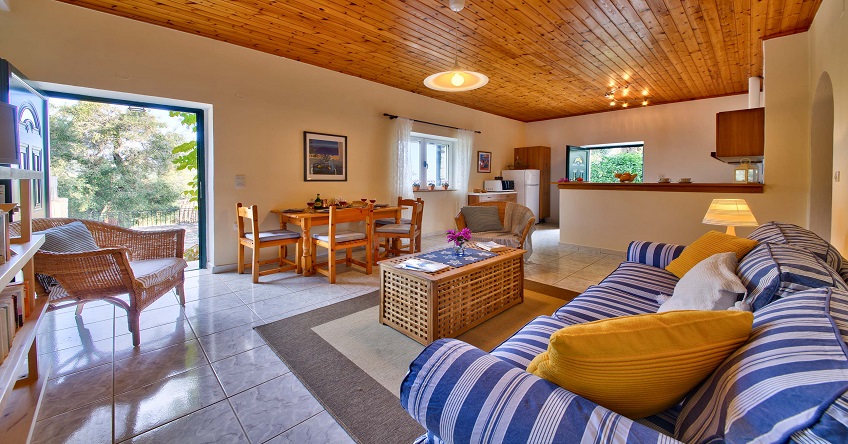 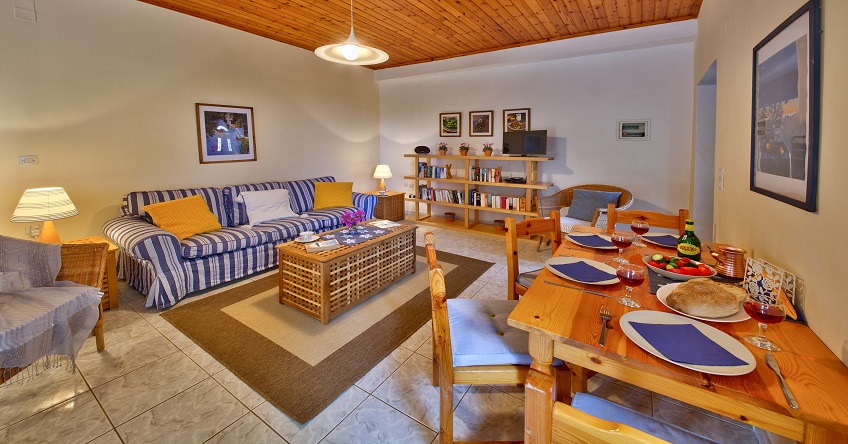 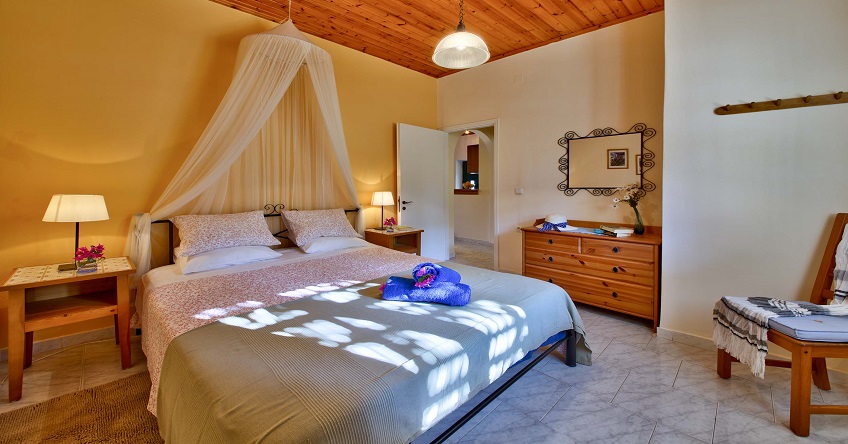 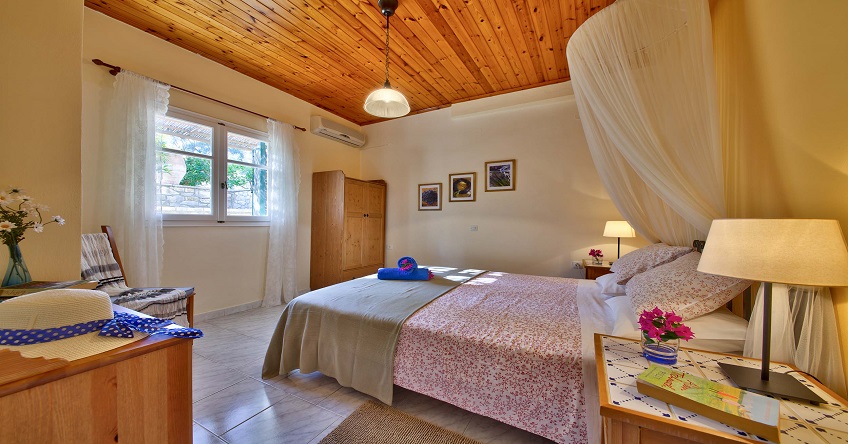 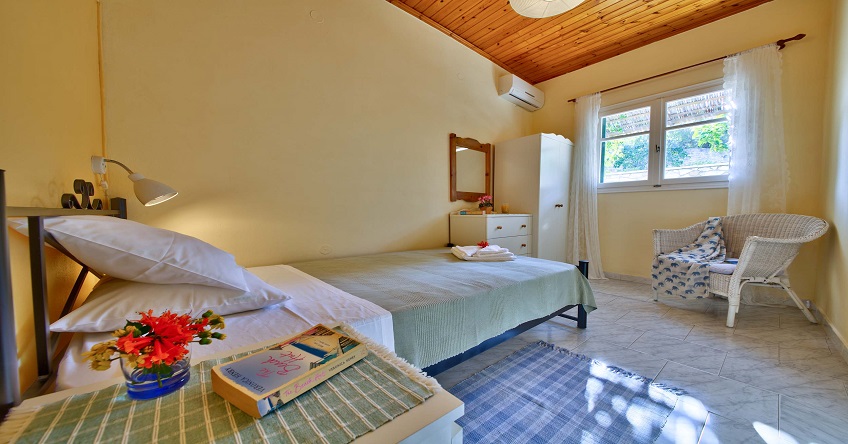 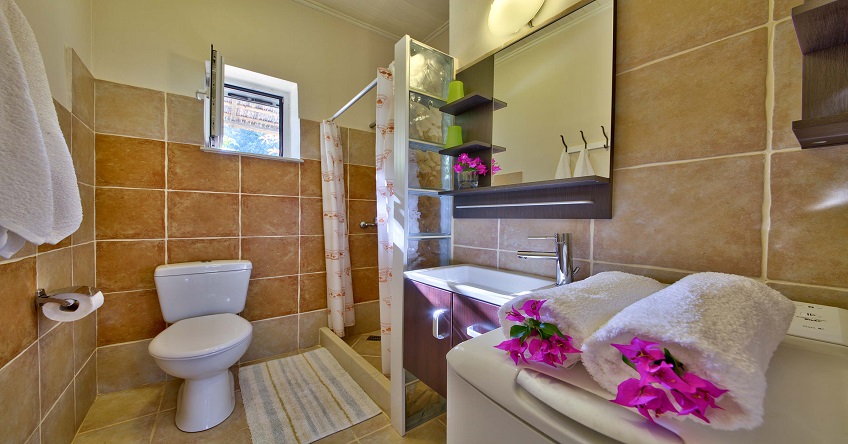 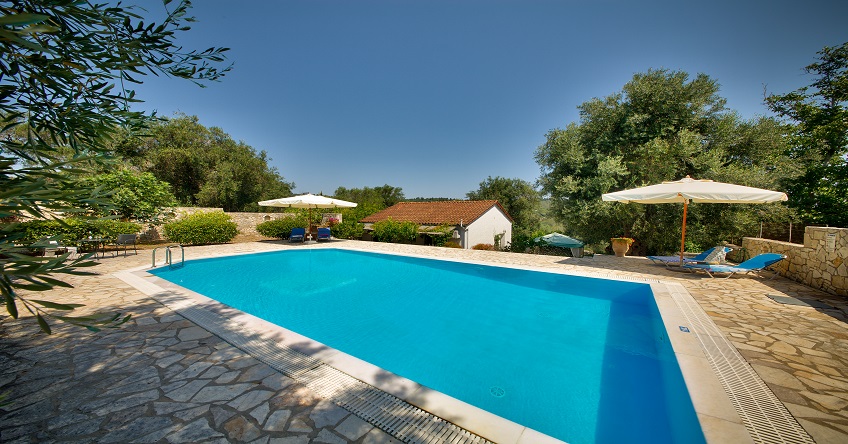 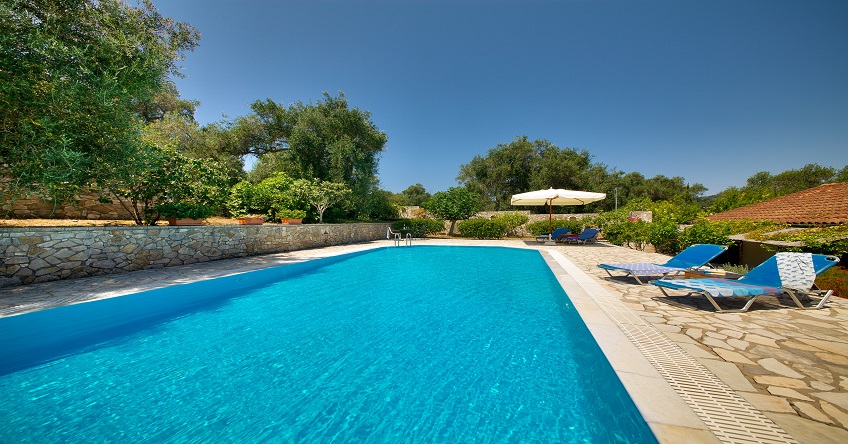 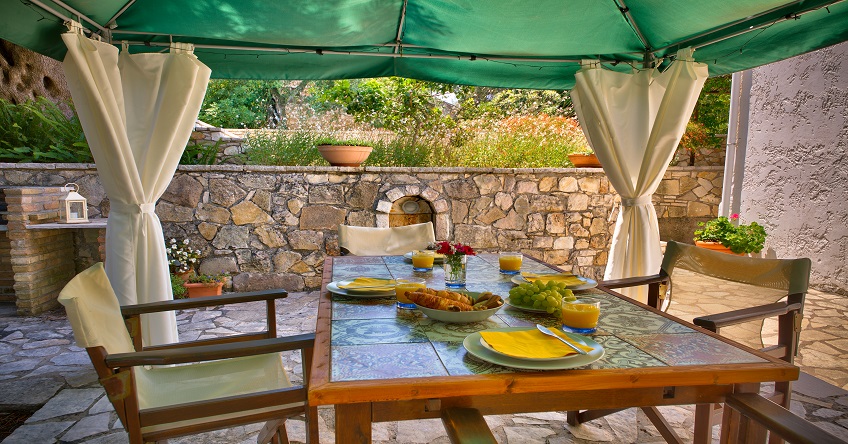 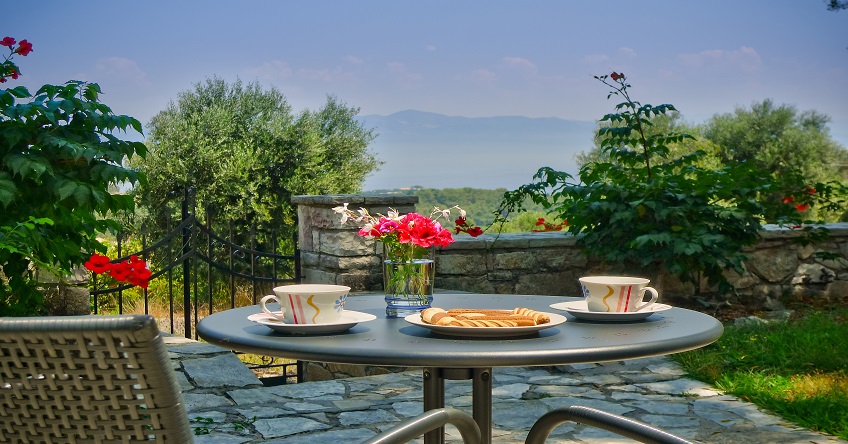 Poseidon, like the other residents on Mt Olympus, had a somewhat colourful love life, so when he began his latest liaison with the nymph Amphitrite he decided they needed a romantic and, above all, a discreet hideaway far from prying eyes. None of the many hundreds of beautiful Greek islands seemed acceptable so with one blow of his mighty trident he broke off a section of Corfu and created Paxos. Unfortunately his trident broke and is now the island’s emblem. Myth it might be, but the Paxos of today fully deserves its reputation as one of the most peaceful and romantic of all the Ionian islands.

Many of the older family cottages once lived in by generations of island families have been recently modernised and converted to provide comfortable holiday accommodation in beautiful surroundings. Eleana, built by the present owner’s great grandfather using local stone, is a lovely example, and because it is a traditional Paxiot cottage it is surrounded by fruit and olive trees, all thriving in the fertile soil. Depending on the season, visitors can pick their own fresh figs, lemons, mandarins and quinces to enjoy in the shade of statuesque olive trees before a refreshing swim in the large swimming pool.

The cottage interior, with its timber-lined ceilings, is simply but very comfortably furnished. Old and new blend together to provide a welcoming and romantic atmosphere.

Eleana is by no means remote, nowhere is on Paxos. A walk into Gaios will take you around twenty five minutes, or why not take time to explore the interior of the island and its dramatic west coast on foot, following trails and paths that have been used for hundreds of years. Driving on quiet lanes is equally pleasant giving easy access to shops, tavernas and the many island beaches.

Poseidon might have been one of the fiercer Greek gods but he was obviously an old softie at heart, and following in his mythical footsteps might just show that fact can be as romantic as fiction.

• Maid service and linen changes on arrivals day and midweek